This week’s RWeekly digest included an awesome dataset from the World Bank that documents the percentage of women in lower house parliament across the globe from 1997 to 2018. The dataset is nearly complete and also includes summary statistics for numerous geographic aggregations.

All of my code to process and explore the data is available on my GitHub. There’s lots of interesting things to look at in this data, so I will leave most of the boring stuff out of this post.

To get a sense of the World Bank data, here are the top 10 and bottom 10 countries in 2018 in terms of percentage of parliament made up of women.

Conveniently, the dataset has a precalculated global aggregate statistic.

It is encouraging to see that female representation has increased every year when we look at the whole world aggregated. 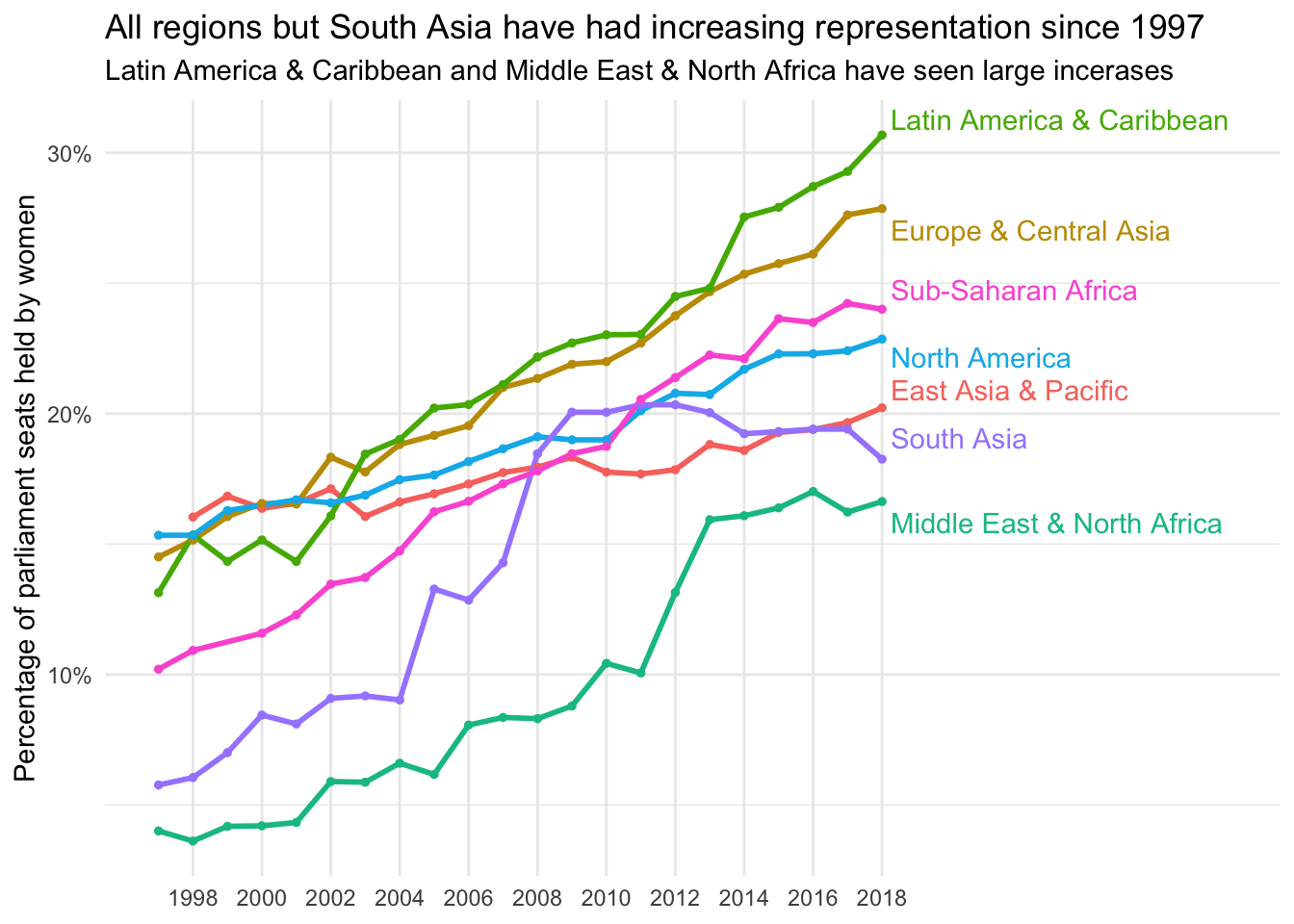 Notably, Latin America & the Caribbean went from the fourth leading region in terms of female representation in the late 1990s to the leading region by a relatively significant margin by 2014. The Middle East & North Africa, though still lagging behind the rest of the world, also has experienced a marked increase since 1997. Interestingly, South Asia is the only region that has shown a decrease, with representation plateauing in 2009, and then beginning to decrease.

Another interesting aggregation is by income level of the countries. 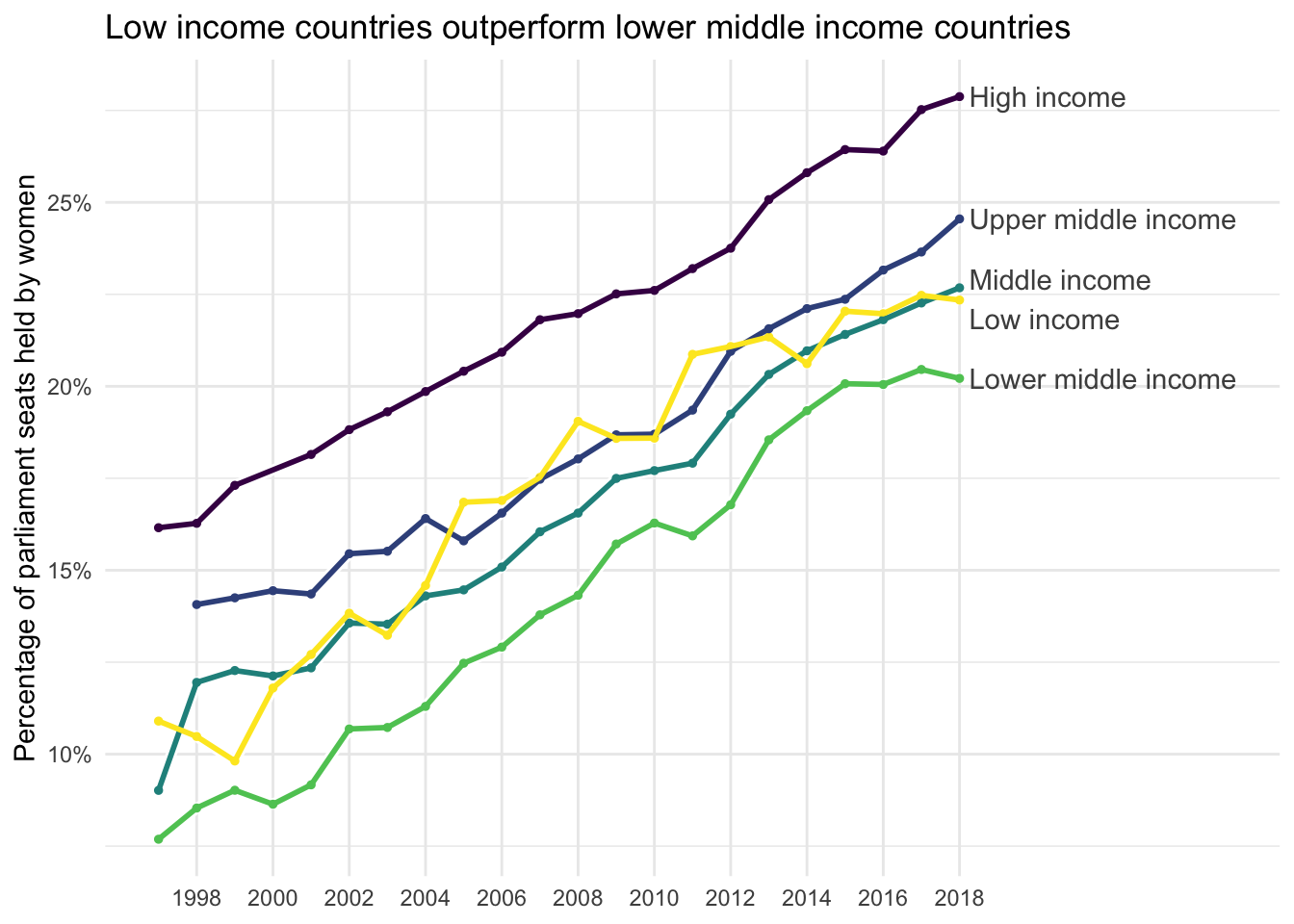 It is really difficult to look at the trend of all nations at once, given how many there are. We can visualize the most recent data across the globe by looking at a map of the world with data from 2018.

Though it’s hard to see from the map, at the very beginning we noticed that Rwanda had the highest female representation in its parliament in 2018, at over 60%! Looking into the politics there a bit more, I found that they introduced a quota system in 2003 that required 30% of the parliament to be made up of women. Looking at the data, there is a clear increase at the time this policy began. 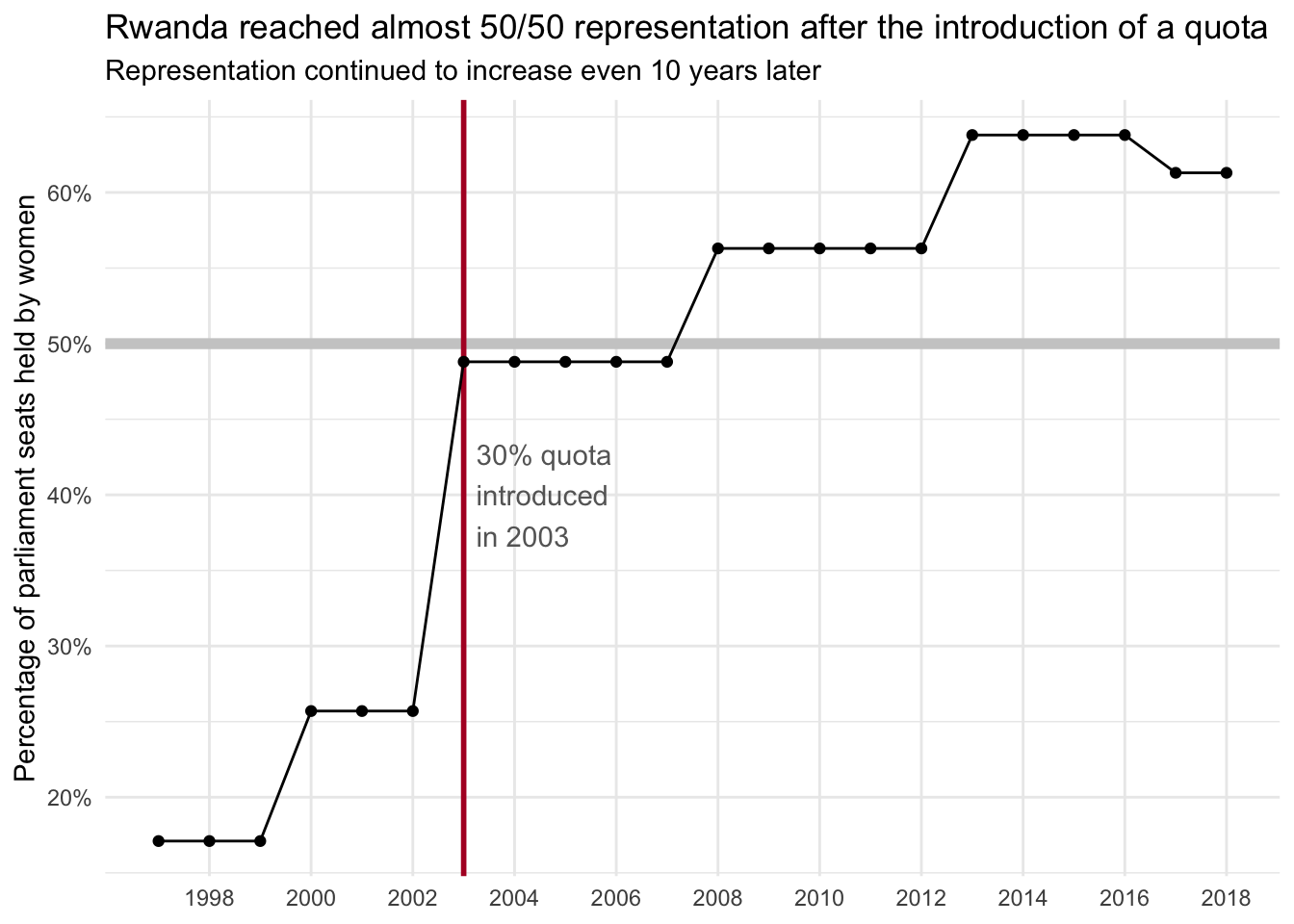 The case study of Rwanda made me think more about quotas: how effective are they? where have they been implemented? Conveniently, the Institute for Democracy and Electoral Assistance (IDEA) has a public dataset of the types of quotas implemented all over the world! The only downside is that the database doesn’t include the year the quota was introduced. This is something that could be collated manually but we can work without for now.

There are three types of “quotas” in the dataset, explicit quotas about the number or fraction of seats to be held by women, a reserved seats system where certain seats must be held by women, and voluntary systems where some parties elect to hold themselves to a quota but none exists in law. We can visualize how these systems are implemented around the world with a map. 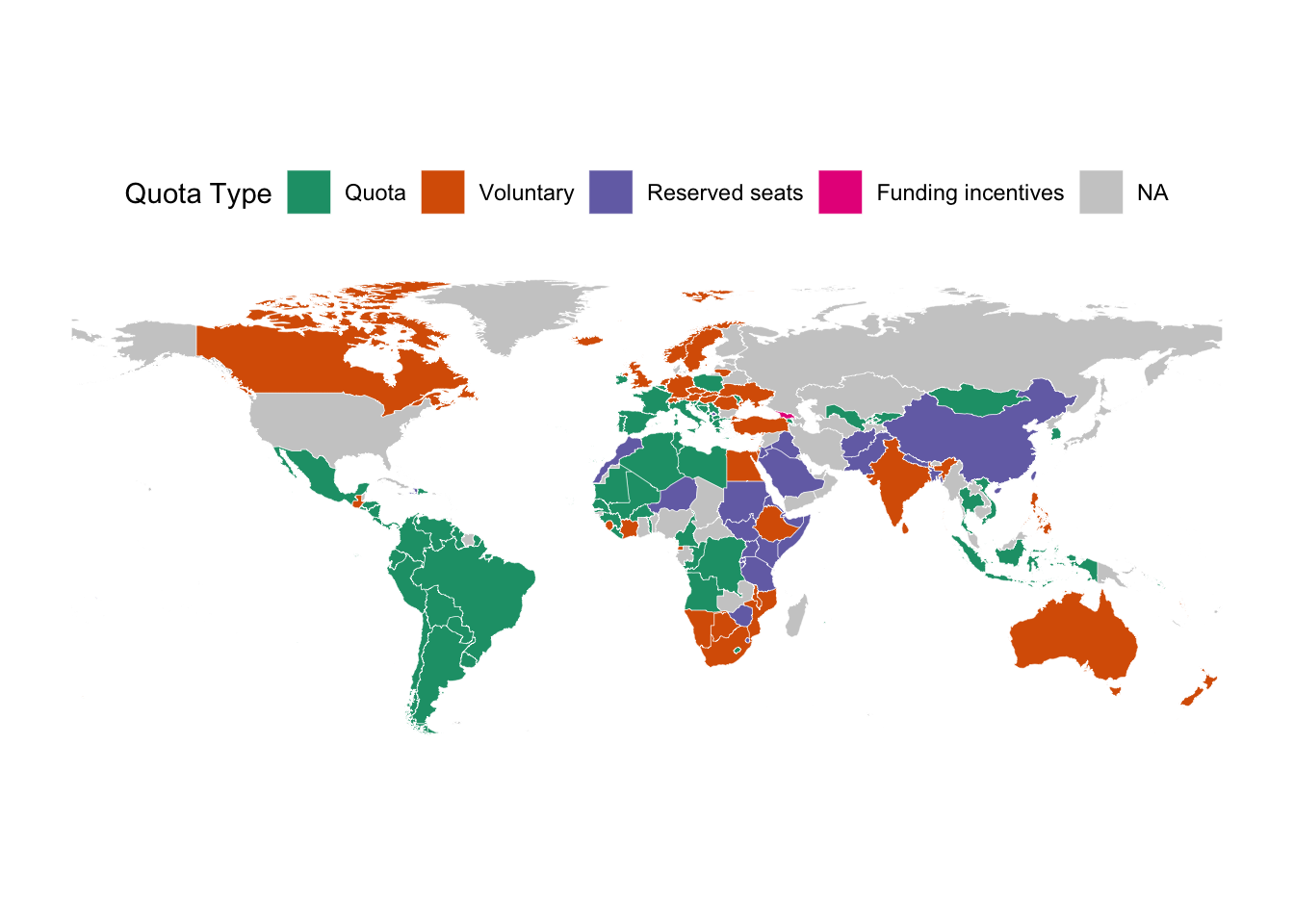 We can see that South & Central America have almost completely adopted quotas. As we noticed above, this region has had particularly notable improvement in female representation since 1997.

Now to make any causal claims about quotas and representation trends would need much more careful analysis, so I should emphasize I am not trying to do that. There are a couple of simple questions we could answer with this data, though.

In fact only two of the top 10 countries by increase 1997-2018 did not have some form of legally binding quota system in place.

Like I said before, I am being careful not to make any causal claims here. Clearly, representation can be increased with or without quotas. Exploring these datasets has been lots of fun, and there are definitely some very positive examples that give hope for a more equal future! 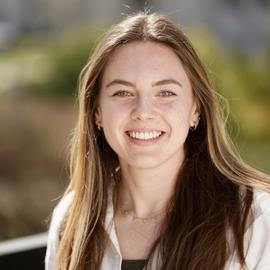